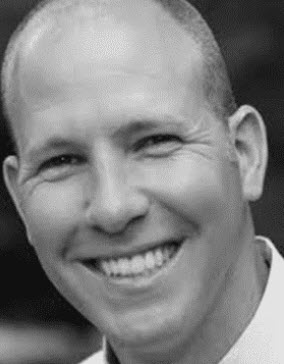 Dr. Joshua M. Massler is a Licensed Clinical Psychologist practicing in the state of New Jersey. He received his doctorate degree from NYU Steinhardt School of Education in Applied Psychology, with a specialization in child and adolescent psychology and graduated with honors. Prior to the completion of his doctorate degree, he completed two master’s degrees, one in School Psychology at NYU and another in Education, with a specialization in Counseling Psychology from Seton Hall University, and graduated with High Honors from both programs. Enroute to earning his doctorate degree, Dr. Massler became licensed as a Professional Counselor in 2003 at which time he began his private practice. Dr. Massler’s previous employment experience included working as a crisis intervention specialist for over 10 years at Clara Maass Medical Center, St. Barnabas Medical Center, West Hudson Hospital and Union Hospital, where he had the opportunity to intervene in acute psychiatric emergencies and conducted evaluations of children, adolescents and adults. Additionally, Dr. Massler spent several years training as a psychologist at Trinitas Hospital where he facilitated individual, group and family therapy to a diverse population of children, adolescents and adults with a wide spectrum of varying clinical presentations. During that time period, Dr. Massler was able to conduct comprehensive Psychological Evaluations consisting of cognitive and projective assessments including – but not limited to – IQ and achievement testing. Dr. Massler established his own private practice in 2003 and has since become one of the most sought after clinical psychologists in New Jersey and has been featured in numerous media publications. Dr. Massler is wholly committed to every child, adolescent, adult and family he treats and provides unparalleled attention to every patient he works with. Dr. Massler has worked closely with children, adolescents and adults diagnosed with a myriad of disorders including but not limited to the following: Anxiety, Depression, Bipolar Disorder, Attention Deficit/Hyperactivity Disorder, Self-Esteem Issues, Adjustment related concerns, and relationship issues. Additionally, Dr. Massler is widely sought after in the Livingston and Short Hills area as a preferred provider of couples counseling and divorce mediation. In 2013 Dr. Massler founded The Massler Center for Psychological Wellness, P.C. which consists of a multi-disciplinary team of highly qualified clinicians dedicated to providing a full suite of services including individual therapy, group therapy, couples therapy, family therapy, divorce mediation, comprehensive Psychological Testing and concussion screening.